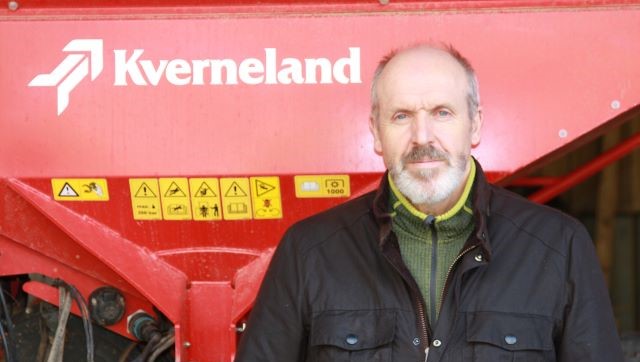 At the 750-acre Rippon Hall Farm, Hevingham, Norfolk, farm manager Steve Howard grows a range of combinable crops, along with potatoes and sugar beet, plus an area of grassland to support a pedigree British White beef suckler herd.

With soils being mostly sandy loams with some clay, the farm maintains a traditional two-pass approach based on the plough and drill. Though if conditions are dry enough, a pass with a cultivator can set land up ahead of the drill.

“Our old 3m cultivator-based drill with Suffolk coulters was up for replacement, and while it served us well most of the time, it struggled late-season to achieve a good enough seedbed,” says Steve. “In less than ideal conditions, we needed a better combination, and I believed a power harrow drill combination with disc coulters was a more logical solution for our system.”

His thought process led him to a 3m Kverneland e-drill Compact from TNS Sculthorpe. Equipped with an 1,100-litre hopper, the outfit uses 24 CX-II coulters, NGH power harrow, 575mm packer roller and Focus 3 control box. And two seasons in, he says the drill has exceeded expectations.

“I’m very satisfied with the combination,” he says. “2019 was one of the most difficult seasons I can remember, with very limited drilling windows between deluges of rain. But I’m pleased to say we didn’t have to revise our rotation and we managed to get all our wheat in. It would have been beyond the capability of our old outfit.”

Impressed by the outfit’s build quality, he has praise for the three rows of staggered coulters which offer ample space to avoid blockages in trashy conditions.

“It’s easy to lift the coulters out of the way, hydraulically, to work down headland furrows,” he says. “This is a user-friendly combination.”

Steve says that the electronic calibration is both straightforward and accurate, and seed placement is noted as first class – even at speeds of up to 16kph on cultivated land, following oilseed rape.

“We usually run at 8-10kph straight behind the plough,” he adds. “Speed is limited by tractor power as it’s used with a 140hp JD 6140R. I think 160hp would be better, as unsettled, light land can sap power.”

“And to avoid over-working our lighter soils, we need a minimum of 9kph – ideally, we’d be running around 10-14kph, so output isn’t bad for a 3m machine. It’s covered around 800 acres so far, and signs of wear are minimal.”