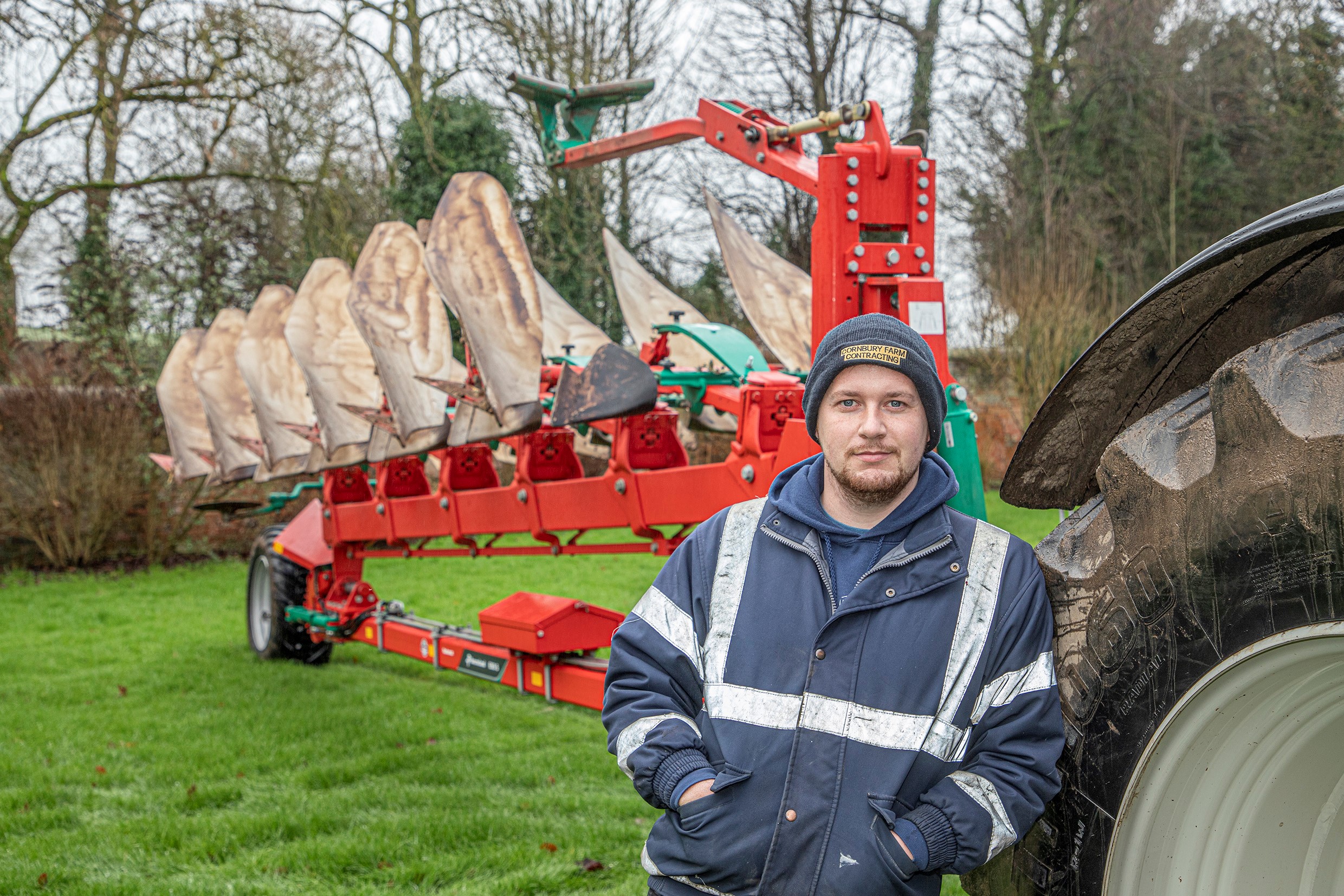 “’The quality of ploughing has improved thanks to the Kvernelan 6300 S plough,”

“We have land spread across Wiltshire and Hampshire, so road safety was just as important as the quality of ploughing we produce,” explains Chris Hooper (pictured) who, alongside his dad Mike and uncle Nick, farm 1,300 acres of arable crops and 3,000 acres of grassland across Salisbury plain.

“The plough still has an important place in our line-up, and for many of our customers,” says Chris. “But we wanted to get away from a six-furrow fully-mounted. We borrowed a Kverneland vari-width plough on number 28 bodies from a neighbour, and knew almost immediately that we had to have a Kv.”

“The quality of finish was superb, with build quality to match,” he says. “So we ordered a six-furrow 6300S with knock-on points, 28 bodies and a press arm, from our local dealer Chandlers.” Chris says that the plough has performed brilliantly in its first season.

“Furrow widths are mostly 16in, but the vari-width makes it really easy to tidy up on headlands,” he says. “It’s just such an easy plough to use.” The 6300S features the aero-profile leg, centrally adjusted skimmers, 100cm point-to-point clearance and steered rear wheel to improve manoeuvrability. “On the road, the 6300S tows like a trailer,” he says.

“It’s safe and stable, and in the field, it is a joy to use. I turn the knock-on points frequently, to even-out the wear – they are so easy to swap.” Pulled by the farm’s Valtra T214, running in-furrow on 710 rear tyres, Chris says the finish is fantastic, with outputs of around 40 acres/ day, depending on depth and soil type.

“We’re not setting records, but want the best quality finish we can get,” he says. “Ploughing must be level, clean and properly matched up. And the 6300S gives us exactly that.”

For Chris Hooper of Cornbury Farm Contracting, the move from fully-mounted to semi-mounted plough has brought safety and convenience to primary cultivat...

When it comes to flail mowing, Paul Hellmers of PJH Outdoor Solutions has an appreciation of what his customers expect.

Individual nozzle control to eliminate overlaps, greater boom stability and a wider boom were all on the wish-list for Wayne Dye, when the time came to...