Farmers Weekly chose a pair of Kverneland six-furrow LO85 ploughs as a suitable draft load with which to record fuel consumption during a recent tractor test.

The latest Deutz Agrotron 7250 TTV and Fendt Vario 828 tractors were being put through their paces by the magazine while ploughing 200 acres of stubble at Turgis Court Farm, Hampshire.

Kverneland plough specialist Adam Burt ensured both ploughs were correctly set and properly matched ahead of the tractor test. Both were set at 16in furrow widths and used at 8in working depths, with the resulting high quality finish enabling both ploughs to work simultaneously in-furrow. 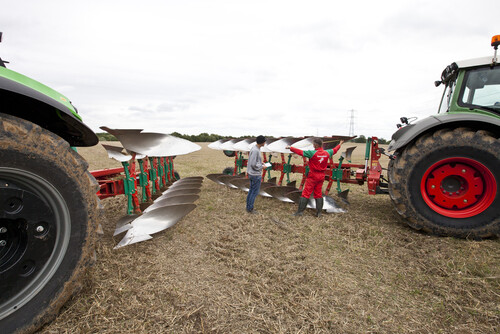 The versatile design of the LO85 reversible plough also means it can also be used on-land too.

Engineered for tractors up to 350hp, the LO plough uses a clever hydraulic system that allows the operator to adjust the plough’s working position between on-land or in-furrow operation from the tractor cab, simply by operating a spool valve.

“If tractor tyres are too wide to run in the furrow, or tracks are being used, the LO allows the tractor to sit on top of the land too,” says Mr Burt. “And this flexible approach means ploughing is no longer restricted to one specific tractor.”

The shearbolt-equipped LO and its EO auto reset stablemate are available in 5-7 furrow versions and use hydraulically adjustable furrow widths from 12-20in. The plough also has a point-to-point clearance of 85cm or 100cm. Standard under-beam clearance is 80cm on the LO, and 70cm on the EO – the latter can be raised to 75cm. 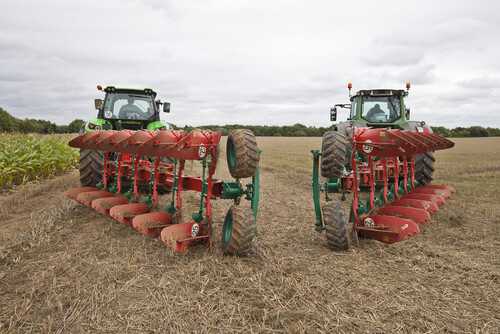 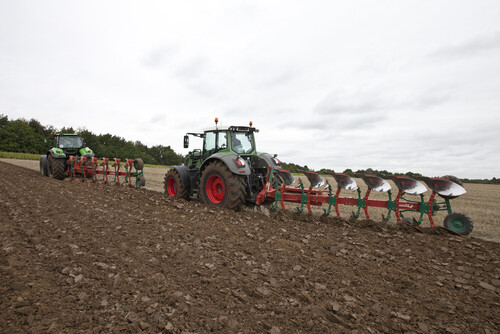 Achieving a high quality finish, both ploughs were able to work together. 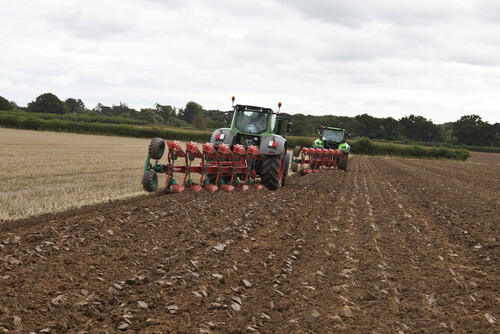 With a working depth of 8in and furrow widths set at 16in, the Deutz Agrotron 7250 TTV and Fendt Vario 828 had comparable draft loads on their three point linkages.