“You’re always going to have some weeds, but it becomes more important than ever to keep them under control,” says Neil Wilson. “And for us, that means timing and fine-tuning our cultivations regime to ensure strong, healthy crops that can deliver on yields.”

He says that the organic approach doesn’t introduce stress and disease in the same way that conventionally grown crops are when pushed, which puts the focus onto weed management. This approach sees Kirton, Boston-based Woodlands Organic Farm practice intensive cultivations – but not solely for the preparation of seedbeds.

“Multiple strikes are essential, and it’s taken on a new meaning since we’ve added a Kverneland Turbo cultivator to the regime,” he says. “Stale seedbeds are our friend, and running a mix of cultivation depths lets us wipe out our three largest weed threats – charlock, docks and thistles.” 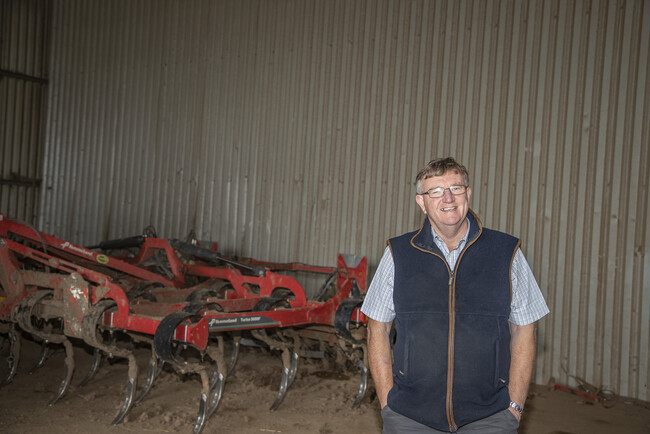 Supplied by Irelands Farm Machinery, the 5m mounted Turbo has given the farm flexibility.

“After making a deep pass to lift and aerate soils with a winged, stubble cultivator, we watch closely for growth,” he says. “Unlike some machines, the Turbo doesn’t bury weeds - it leaves them on the surface to wither and die. And multiple passes also break down the life-cycle of slugs.”

Used on a either a New Holland T7.315 or Challenger MT765, outputs can be up to 120 acres/day. But the is not a one-trick pony. With more power up front, the farm has found it offers scope for heavy cultivations too, at 7-8in deep.

“We’ve found that we can work our grade one soils back towards being a seedbed with the Turbo,” explains foreman Mark Ward.  “This lets us achieve a fine, firm and level seedbed, with four to five passes in the autumn, we can really clean-up our seedbeds.”

“A level surface is essential for our robot-guided mechanical weeders that need to follow between the 10in rows once crops are established,” adds Neil. “While the environment needs weeds, we do have to stay in control of them. And the Turbo is proving itself to be one of the best cultivators for the job.”