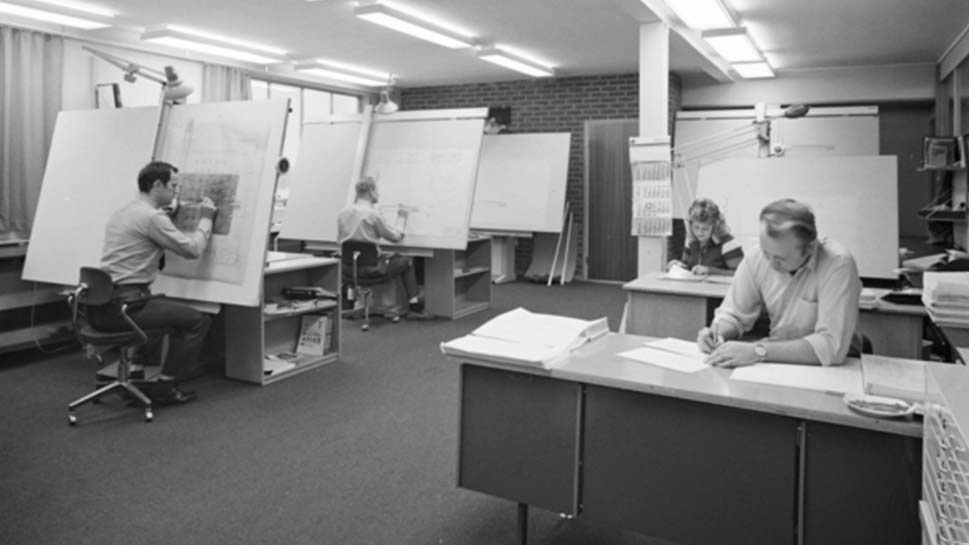 Before 1971, The Kverneland shares and points in one single piece was the best alternative for ploughs. Farmers had to change the whole share when the point of the share was worn out. In 1971, Kverneland launched two new products: the separate share and the reversible plough point. The innovation let farmers wear down both sides of the point, leaving the share live its own lifetime. It was a ground-breaking and cost effective concept.

By the end of the 1960`s, stronger and faster tractors were being used by farmers and this put more pressure on the point and share. The old ploughshare was not performing as expected anymore and it became obvious that an update was necessary. The market needed a new ploughshare that would perform equally well under the new conditions. R&D started looking at improvements. Many ideas and prototypes were brought to the table, but the task appeared very complicated.

Long hours were spent to find the suitable product and so many different solutions tested in the field with no much success: the part was too thick, the soil penetration and the stability was poor.

Wave shaped shares and ribbed edges was also tested, but it did not solve anything at all. In fact, the wear and tear got worse.

Then...one day, the idea came up. Olav Njå, R&D director, remembered the two piece share used on the old Kverneland horse plough, named Odin. From there Kverneland started drawing out the concept of a two piece share for the tractor plough”. The Odin plough had a molded share with a forged steel point. The idea was to modify this principle to fit a tractor plough and optimize for modern production methods. During the drawing process, the idea evolved into also making the point reversible. The added feature of the reversible point could offer customers even more utilization of the steel point, making great value for money.

Arnold Furre, the head of the factory laboratory, saw big potential in the reversible point system and allocated heavy resources to development. Kverneland quickly realized that the new point had excellent soil penetration and made the plough remarkably stable in the fields, a feature that has largely contributed to the success of the Kverneland brand.

Zone hardening for an even higher performance in the field