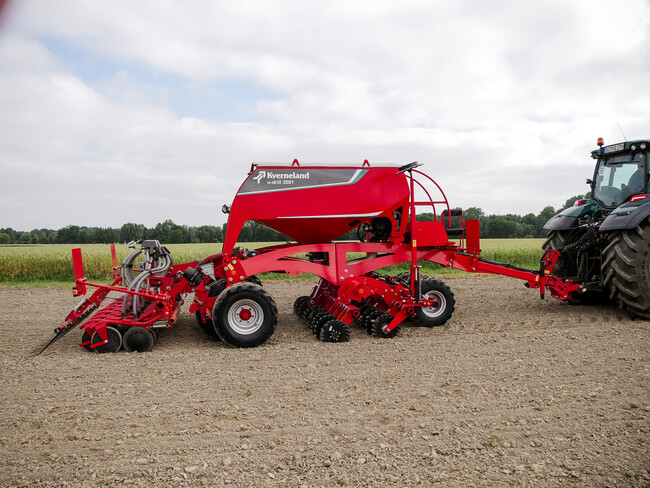 Called the MD disc, it is an alternative to the u-drill’s short disc harrow. Previously known as the Great Plains Turbo Coulter, the MD disc design is one that has the ability to work as part of a conservation tillage system, or within a conventional crop establishment process. 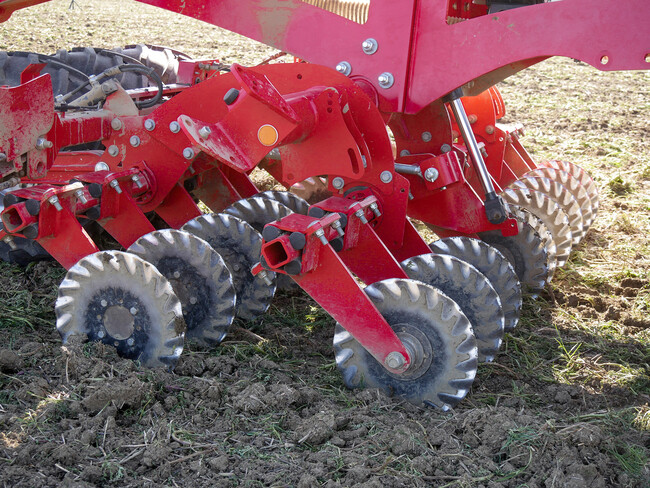 The 430mm diameter straight disc has a fluted profile around its circumference, which assists with removing surface trash, reducing the risk of hair-pinning. The disc’s flutes also lightly prepare soil in a narrow 30-50mm strip. Each disc also aligns perfectly with the u-drill’s CD coulters, enabling seed to be placed in the soil strip, delivering a row spacing of 16.67cm.

Each MD disc is individually mounted using the proven 3D auto-reset rubber-mounting system, allowing it to follow ground contours, but also to deflect on-contact with any in-field obstructions.