The very latest Exacta CL with GEOSPREAD is earning its keep for Tim Jellicoe, of South Devon Turf.

With 120 acres of turf grown each year, Mr Jellicoe sought the very highest level of application accuracy to carefully manage turf through the growing season. 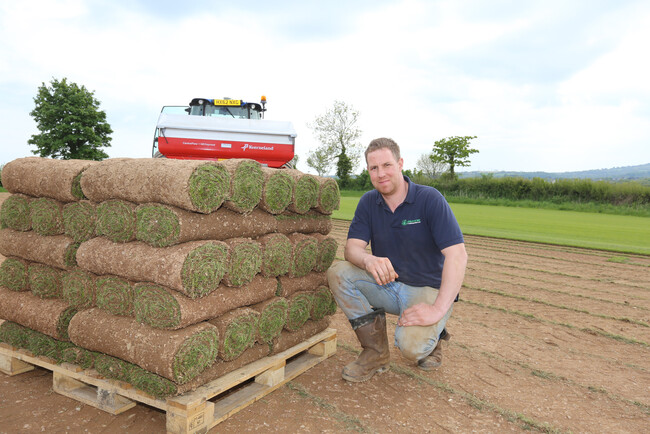 “We make a lot of regular fertiliser applications at low dose rates, so we can manage growth and make turf available over a six-seven month period,” he says. “Our 21 fields mean a lot of headlands and odd shapes too.”

Previously, he says that spreading was simply not accurate enough, and additional growth caused by overlaps would create extra work with mowing and vacuuming turf.

“Overlaps were unavoidable because that’s all the equipment could do,” he says. “But the CL with GEOSPREAD is superb. We’re not wasting fertiliser on headlands, and the way section control manages any overlap means all our grass now grows evenly – both above and below ground.” 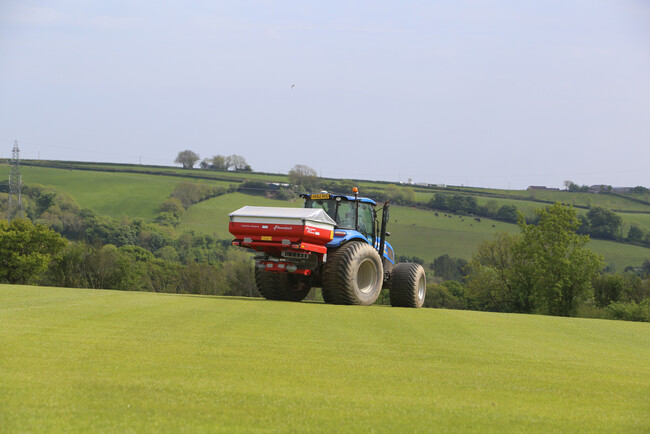 He says machine size was also an important consideration for his New Holland T5.105 on turf tyres.

“We want to tread as lightly as possible, so we don’t need a huge hopper – two bags capacity is plenty,” he says. “We have auto steer on the tractor too, but with GEOSPREAD, it’s not needed. You can drive how you like because the spreader is so clever, it will take care of the rest of the field for you.” 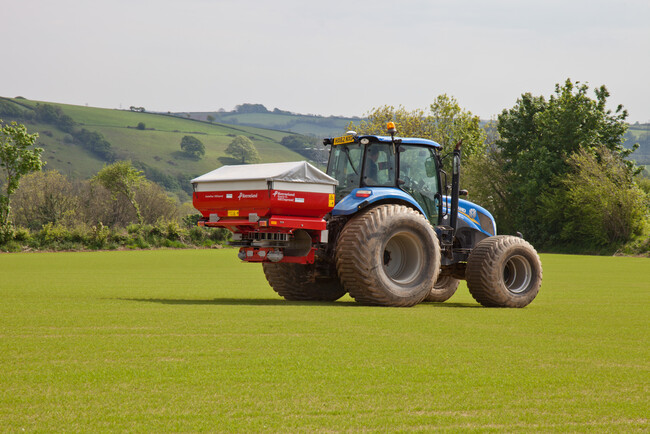 Working to an 18m spread width, he is convinced that GEOSPREAD will save the business money.

“We are no longer over-lapping, so we are now using less fertiliser,” he says. “So we should more than cover the cost of the spreader in just a couple of years.”