It is an enterprise that comprises two dairy herds totaling 500 cows on units just four miles apart, supported by a 650-acre arable and 350-acre maize crop to compliment the 1,000 acres of grass produced for silage and hay.

“For us, it’s all about the cows, and what we can do to encourage greater milk yields, fertility and animal health,” says Richard Laker, who runs the operation with his father, Daniel. “And that means an extensive arable rotation to help make the most of grass and maize yields, but also to produce straw for our livestock.”

The arable operation has gone up a gear for 2018, following the arrival of a Kverneland u-drill 6000. Bought to replace a 6m tine drill, the new purchase has enabled a more streamlined cultivation regime, saving time and money while boosting crop establishment. 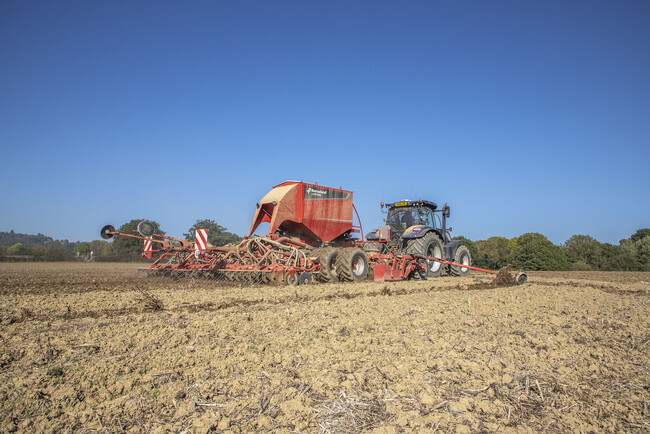 “After primary cultivations, we had been making a second pass with disc harrows to improve the seedbed and deal with weeds and volunteers,” says Richard. “But the u-drill does such a good job that we no longer need to use the disc harrows.”

“I can now leave stale seedbeds for longer periods before spraying off and drilling,” he says.

With predominantly heavy clay soils and growing winter wheat, winter barley, oilseed rape, beans, winter oats and stubble turnips, the Lakers wanted one drill that could do all. 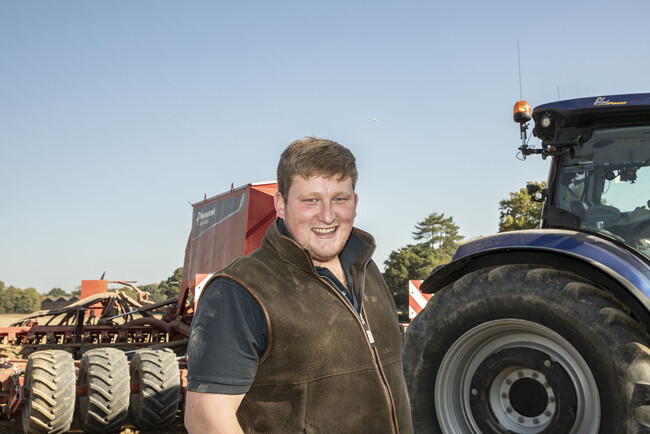 Richard Laker is pleased with crop establishment since switching to the u-drill.

“We have a power harrow drill combination as a backup, but we really wanted a sophisticated replacement for our tine drill, that could give us improved germination in a wide variety of conditions,” he says. “We tried many different types, and the last demo we had was the u-drill at the end of the 2017 season from C&O Tractors at Funtington. Ground conditions were plenty wet enough, and probably would have better suited the power harrow combination.”

“But the u-drill performed really well; it didn’t block, and it was by far the easiest to pull of any of the big named drills we had tried,” he says. “And its S-tine covering harrow didn’t leave anything exposed. So we kept the demo model.”

He says the drill is very easy to set up and use, and on-the-move adjustments let you tweak performance as soil conditions change. With isobus, the drill is also ‘plug and play’ with the farms’ New Holland T7.270 through the Intelliview IV terminal. 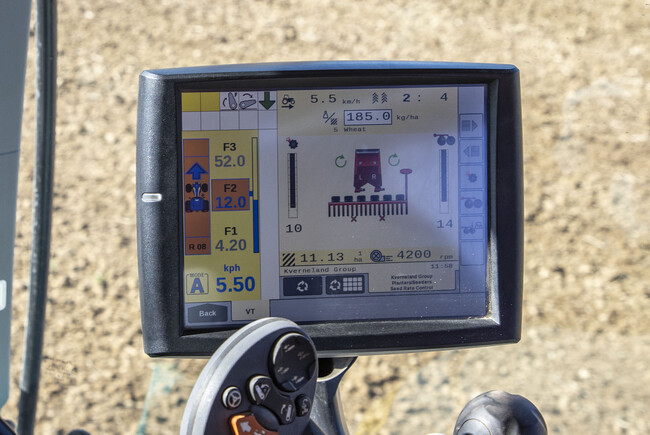 “I also like the ability to see the ends of the seed metering wheels from the cab – you just know what’s going on,” he says. “Calibration is easy, and seed placement is excellent - we’re getting much better crop canopies too.”

Mr Laker says the u-drill rides superbly on the road, which is important given that field sizes are from two to 60 acres and are located within a 15-mile radius of Bregsells Farm.

He adds that the firm now puts in its oilseed rape with the u-drill, which was previously a contractor operation with a cultivator and seeder, and the farm has also successfully estalished grass seed with the u-drill.

“We’ve been pleasantly surprised by the drills’ performance and also how easy it is to pull,” he says. “It has been money well spent, and has saved us a pass, which means a reduction in establishment costs and less time in the field too.”