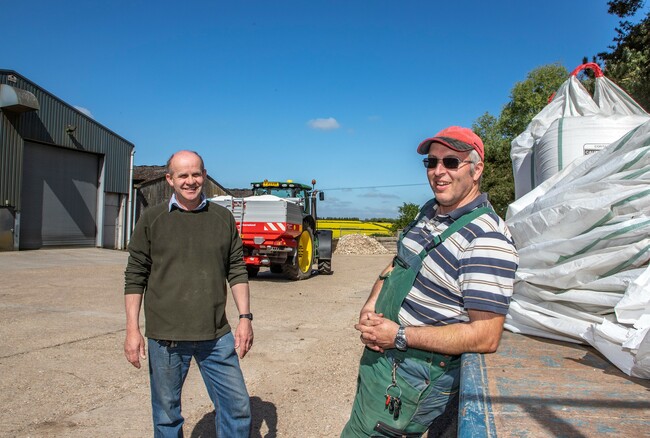 Tim Walters (left) and operator Dave Shearman like the section control and Greenstar compatibility of their Kverneland spreader.

That was three years ago, and the value of fertiliser it has spread – and saved – has gone a long way towards recovering its investment in Kverneland spreader technology.

Spreading on 30m tramlines across 800ha, fields range from 1.1 to 36ha in size. Upton Park Farm also makes variable rate applications from 80-520kg/ha, with the spreader delivering an impressive boost to output and efficiency.

“We’ve had weigh cell spreaders for years, but the Kverneland Exacta-TL with section control is super-accurate,” says Tim. “This spreader is very clever, and it’s putting fertiliser exactly where it needs to go.” 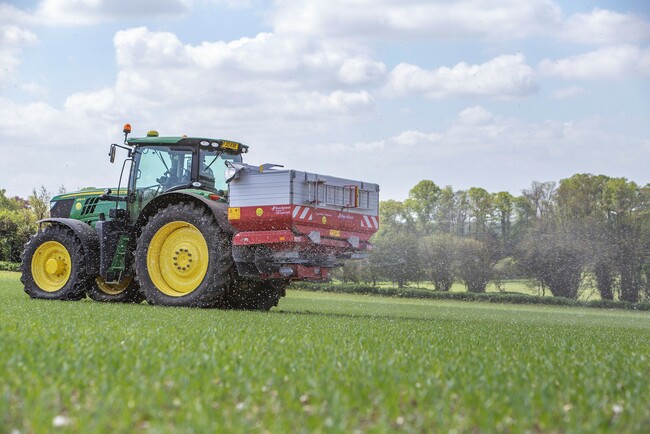 Exacta-TL GEOSPREAD puts fertiliser exactly where it needs to, for Upton Park Farms.

After three seasons’ use, he reports that there is no waste, no overlap, and the farm is getting far better use from its fertilisers.

“We do buy high quality fertiliser, though it’s amazing how inconsistent some of our deliveries can be,” he says. “Fortunately, we can compensate with the technology available on the spreader, and SCS is our benchmark for spread pattern checks.”

Supplied by R Hunt Engineers, the spreader features a hydraulic drive instead of a traditional mechanical pto, to provide additional fuel-saving functionality.

“It works very well on our JD6190R,” says operator Dave Shearman. “I just set the disc speed on a spool valve, and drive the tractor. With a CVT gearbox, I can vary my revs and speed to suit any situation, and the spreader responds.” 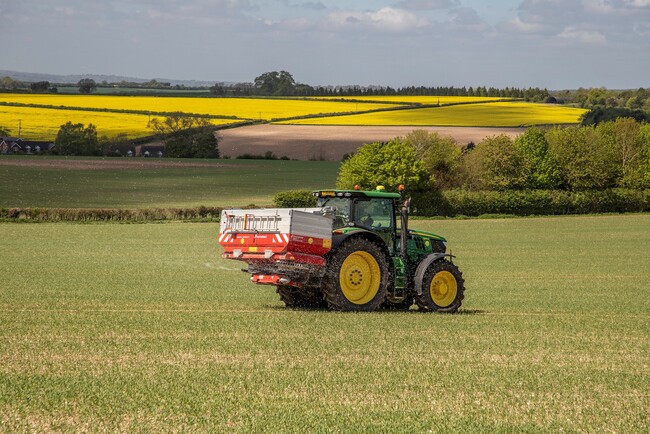 “It means we can run very efficiently on low-power applications, at low engine revs, which reduces fuel consumption.”

Being isobus-compatible, the spreader’s control screen is shown on the tractor’s command centre monitor, with field guidance shown on a 2630 Greenstar display. 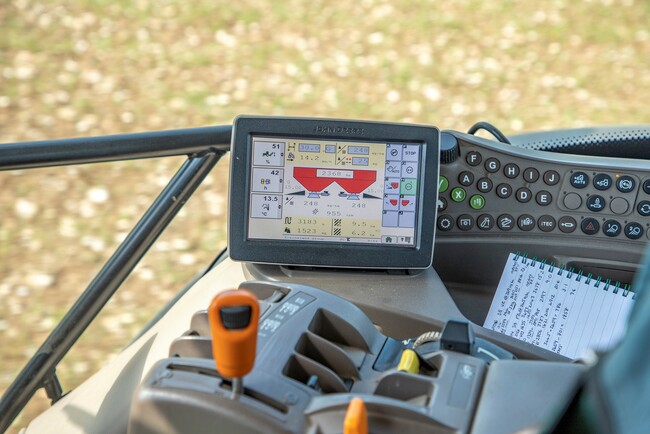 “Isobus works really well – it reduces in-cab clutter, but you really need two screens to make the most of guidance, to save swapping between different views.”

And to make operation simpler and safer, the team is currently looking to add a catwalk at the back of the spreader, so it can load three bags – inline - over the side of the hopper. 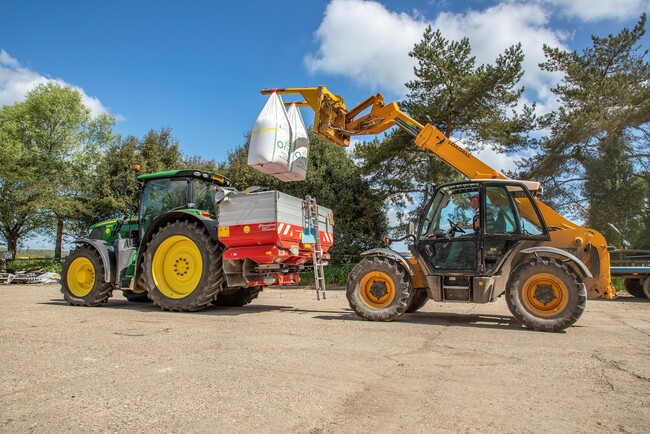 “We’re constantly looking for ways to improve safety and efficiency,” he adds.