Kverneland’s cultivators proved to be the machine of choice for Case IH Quadtracs taking part in the recent World record attempt for the greatest number of these impressive tractors working in one field.

There were 18 Kverneland implements hitched to the back of the record-breaking Quadtracs, representing the Lion’s share of kit working at the event.

A mixture of CTS Stubble Finisher, CTC and Qualidisc models from 3-6m confirmed the popularity of how these implements make full use of traction and power available from the Quadtracs.

The record-breaking attempt was run by Lincs farmer Helen Rainthorpe, in memory of her late father John Rainthorpe, who died of bile duct cancer in 2010.

Quadtrac owners had travelled from all over the UK – from as far south as Wiltshire and as far north as Aberdeenshire - to bring 50 of the high-powered tractors together in the 30ha field to set a new Guinness World record, while raising money for charity.

The event has already raised more than £27,000 for Cancer Research UK's Relay For Life. 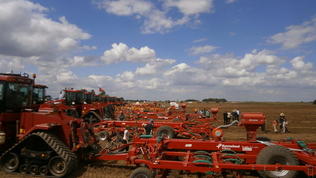 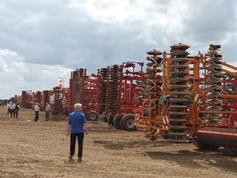 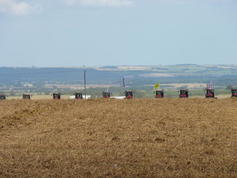