“We had been using a contractor for fertiliser applications, which worked very well for our business at the time,” explains Andy Bowley. “But a change in farming policy means we wanted greater control and better timing of inputs.”

He says the costs from using a contractor are being used to fund the spreader, which will be paid off over a three-year period.

Mr Bowley believes no other spreader can match the Kverneland GEOSPREAD system for precision when it comes to section control. 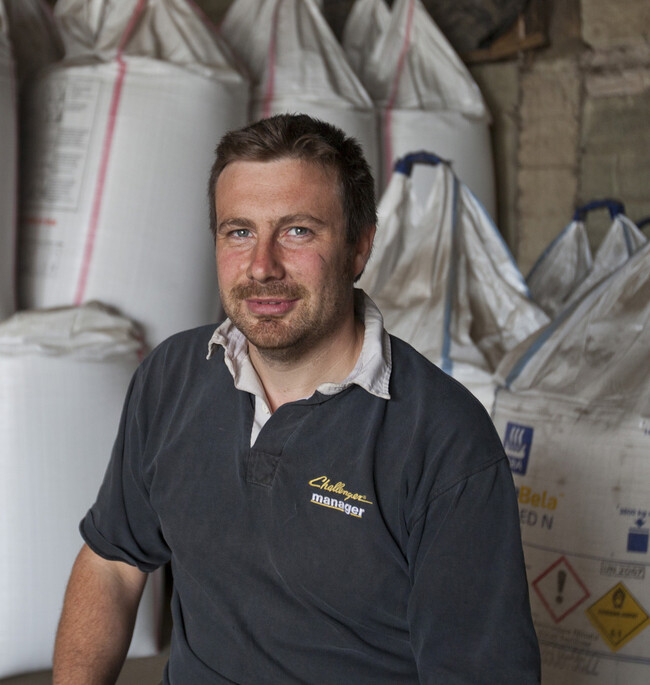 Andy Bowley says you don’t need a lot of acres to justify buying a Kverneland Exacta TL equipped with GEOSPREAD.

“There are obvious benefits from using a spreader with weigh cells, but the GEO system will take some beating,” he says. “With the ability to reduce overlaps in 2m sections while working on our 24m tramlines, GEOSPREAD is very impressive.”

“Everything we apply is going exactly where we need it, without overlaps, without waste and with every kilo being evenly applied across each field.”

He says that the farm is not yet using all technology to its full advantage. Though the arrival of the Kverneland spreader has been viewed as future-proofing the way it adopts precision farming techniques.

He accepts that growers with less than a 1,000 acres wouldn’t think of investing heavily in a state-of-the-art fertiliser spreader.

“But why not? We spend around £50,000 per year on fertilisers and I want to apply them as efficiently and accurately as possible,” he says. “I can’t afford not to have such an intelligent spreader.”

“We must not get it wrong, and all these little things add up,” he says. “Attention to detail and the use of technology is essential if we are to become much more efficient in future.”